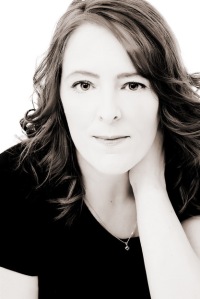 Last year I “met” the wonderful and talented J. A. Belfield online.  I fell in love with her characters and her smooth writing style that would melt on the tongue if it was candy.  It’s my pleasure to bring you this exclusive interview to celebrate the upcoming release of her debut novel, Darkness & Light.

How long have you been writing? Have you always wanted to be a writer?

I started writing adult stories in May 2009. Before that, I’d only produced a handful of short children’s stories, but I never did anything with them because most writing I did was only ever created on a whim.

When I started writing, I did so to indulge a housewife with little else other than cleaning to occupy the hours her kids were at school and hubby at work (said housewife would be me). I’ve been unable to stop since.

If writing were a health-threatening addiction, the doctors would have referred me to a help group already.

Do you have any advice for aspiring authors?

Write like crazy. Write what you love. Write across as many different genres as you can, in as many ‘voices’ as you can, to be sure you correctly evaluated what it is you love to write (because often we base it on what we love to read and they’re not always the same). Then, once you’ve figured it out for sure, write what you love some more.

Same answer condensed into a single word would be: persevere.

Is there anything you find particularly challenging in your writing?

Every darn word I write.

I have this irritating inner editor that flat-bang refuses to shut the heck up. I’m nagged at when editing for others, nagged at when critiquing, and nagged at through every single word, sentence, paragraph, or chapter of anything I write. It drives me nuts—I drive me nuts—because I don’t have the ability to simply switch off and write. My annoying-as-all-get-out brain insists on evaluating each and every word choice as I’m writing, and again when I’m editing.

So … the most challenging thing I deal with when writing is myself. Without a doubt.

I still love writing, though.

Who is your favourite author and what is it that really strikes you about their work?

I don’t honestly think I have a singular favourite author who sticks out for me more than others. I have authors I love, but to try and describe why their work stands out more in a general reasoning is nigh on impossible as they’re all from different genres and write in very different styles.

When I read, I have to connect with the MC. If I don’t, I’m less likely to care when their world gets turned upside down. I also need to be drawn into the story. That means as little as possible of being taken out of the moment to have my head filled with back story that came before. A decent writer can slot in the character’s history in a few well timed and well paced paragraphs, without losing the momentum of the tale. Get me inside the character’s head, make me feel what they feel, and take me on an emotional roller coaster so I’m laughing aloud or crying my heart out, or sighing in contentment. That’s what I want. That’s why the books on my shelf have made it there. Not much to ask of an author, really, eh?

How long does it take you to write a book?  Do you have a ritual for when you sit down to write that you’d like to share?  (coffee, jammies, quiet spot, that sort of thing?)

It varies. I’ve written an 80,000 word novel in a fortnight, and I wrote the first ever draft of Darkness & Light (which ended up as 161k) in six weeks. Last summer, I wrote a 21,000 word novella over four weeks. And, now, I’ve been writing my current novel-in-progress since December 2010 and I’m only around 80% done with the first draft.

I think so much of it depends on circumstance and comfort. Darkness & Light was written in a voice I connected with straight away, from a female character POV I fully understood. Mostly, when the works take me longer to produce, it’s because I’m writing from a male POV. The novella I wrote last summer is from Sean Holloway’s POV, and I’d been fortunate enough to get to know him well through writing Darkness & Light and the second book, Blue Moon, but my current work revolves around a male character I’m not so familiar/intimate with, and so it’s a little harder to always know what makes him tick, how his mind works, how he’d react, etc.

I’m also mega-busy this year and right now, with the launch of Darkness & Light so close, and writing a short story requested by my editor, which means my latest NiP has not had my full focus.

When I first started writing, I literally only had one story idea in my head at a time, and the ideas for the next story would sneak in as the current one was drawing to a close. I find the more I write, the more the ideas come. It’s hard to give your attention to only one when you have more than your head can hold vying for attention.

Do you ever base physical appearance of your characters on people you know, or actors? Any examples or images that you’d like to share?

Never. Nu-uh. When I write (and when I read, I guess), my mind will have a pretty vague image when it comes to characters. I see their body, their build, their ‘presence’, their hair, and I know the colour of their eyes—but ask me to produce one of those police-patched-together pictures of likeness and no way would I be able to do it. I am more interested in the character as a whole than what they look like—it’s ‘them’, their personality and behaviour that suckers me in, because that’s what stands out to me the most when I’m portraying/reading about them.

It goes without saying that you could give exactly the same written description to ten people in the same room, and chances are that not one of the images conjured inside each of those ten minds will match with another. That’s what I love about writing (and reading)—the reader gets to make up their own mind.

So, as for images that might resemble my characters? I’d have to say nope.

Introduce the main characters from Darkness & Light. Who are they? What makes them unique?

Jem Stonehouse.
A 32 year old housewife who has spent the best part of her life being someone she’s not. Darkness & Light takes Jem on a journey of destiny controlled by fate, love, fear, bravery, acceptance, massive self-discovery, and ends with a fight for survival. To accompany Jem on her travels as she deals with one conflict after another, and to watch her grow and develop into the woman she’s supposed to be, is inspiring and one of the book’s great pleasures.

Sean Holloway.
A 32 year old werewolf who has dreamt about a woman he’s yet to meet for enough years to drive him crazy. Strong, vulnerable, protective, impatient yet patient, arrogant, bull-headed, loyal, loving, passionate … Sean has a whole host of conflicting characteristics in his personality that have the potential to collide, providing him with a constant juggle of emotions. His battle to adapt to Jem’s presence in his male-dominated life provides the reader with a full-bodied character the reader could fall in love with. 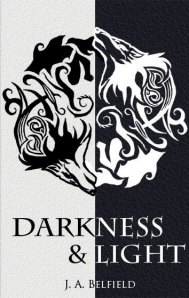 Jem Stonehouse, a housewife with a neurotic husband bent on keeping her in line, dreams about werewolves in, what she believes, is a bid to escape boredom.

Sean Holloway is a werewolf, living a charade within the human race, whose mind drifts to a bond he shares with a woman he hasn’t met — at least, not in this lifetime.

Apart, the two are safe but live unfulfilled lives.

Together, they’ll become prey to rival packs just as they have been for hundreds of years.

When their worlds collide, and not for the first time, instinct takes over. Dreams become reality. Futures are uncertain. To keep history from repeating itself, Sean must teach Jem about his heritage, convince her of her role, and win her love.

Can Jem accept her destiny before it’s too late, or is her inner wolf buried too deep to save her future with Sean?

So, if you’re looking for a great summer read with deep characters, an engaging plot and a decadent love story, pick up a copy – available July 1st.

12 thoughts on “Interview with J. A. Belfield” 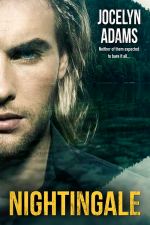 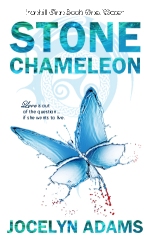 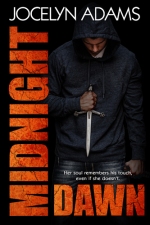